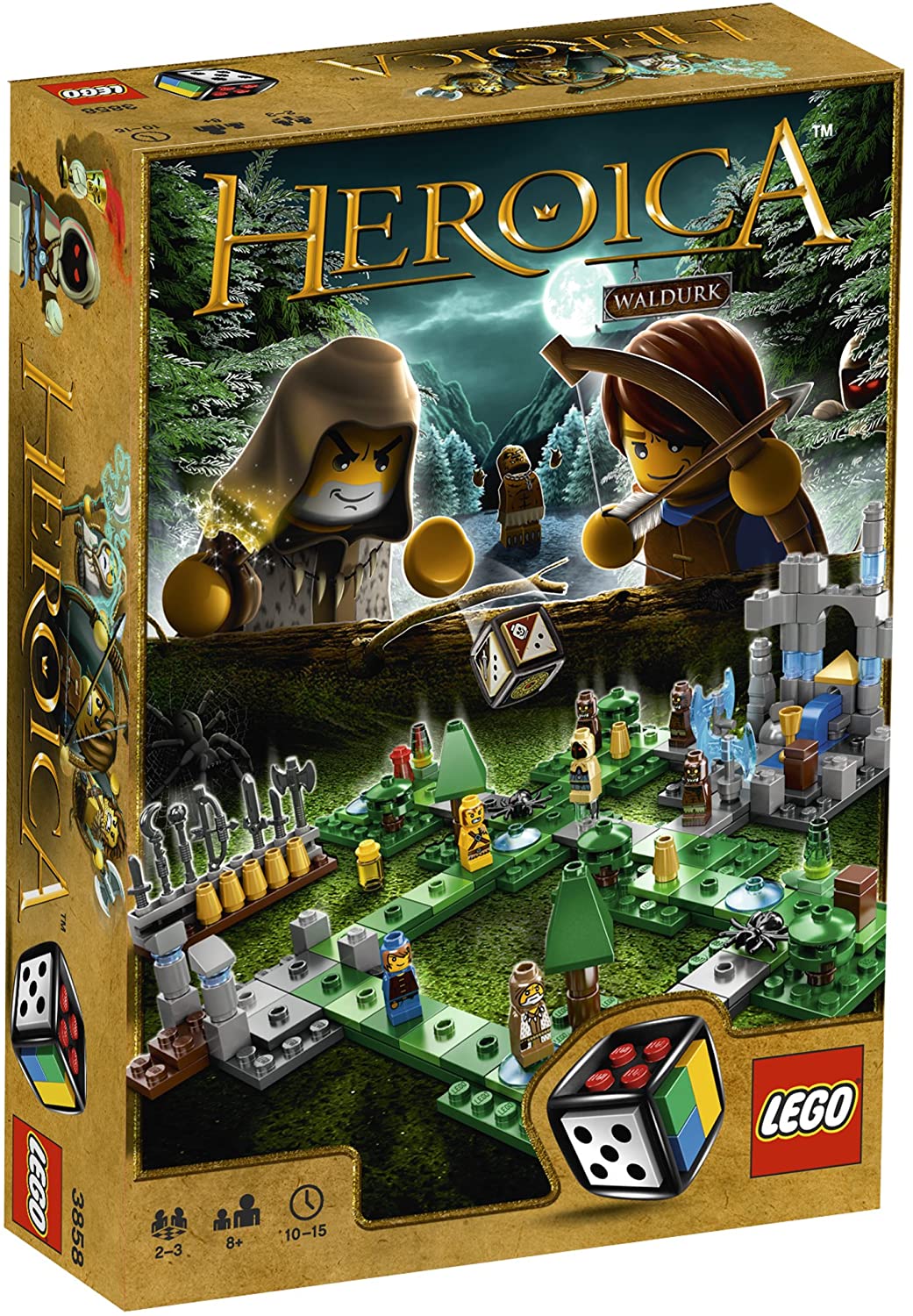 LEGO's Heroica series represents a classic dungeon game. The players move through tunnels, collecting treasure and fighting enemies. Conflict is resolved by dice rolls; the die results can be a number or a symbol, which might allow the player to use a special weapons. Instead of a character sheet, the players have equipment "backpacks" which can be filled with weapons, potions, keys, etc., depending on what they find during their adventure.