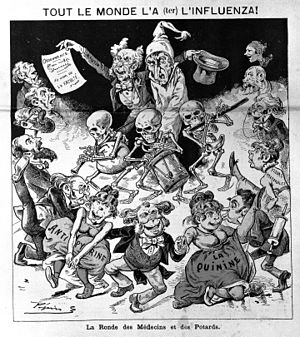 Sometimes called the Asiatic Flu or Russian Flu, this strain was misidentified as Influenza A virus subtype H2N2, rather than Influenza A virus subtype H3N8. The first cases appeared in May 1889 in three separate and distant locations: Bukhara in Central Asia (Turkestan), Athabasca in northwestern Canada, and Greenland. In some ways this was the first "modern" epidemic, affected tightly packed cities and aided by modern travel methods, it claimed over a million lives before it ran its course.