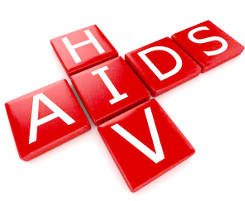 First identified in Democratic Republic of the Congo in 1976, HIV/AIDS is known to have killed more than 36 million people since 1981. There are an estimated 35 million people living with HIV, the vast majority of those are in Sub-Saharan Africa, where 5% of the population is infected, representing roughly 21 million people. While treatments have been developed to manage living with HIV/AIDS, there is not yet a cure. This condition claims more than a million lives a year.