American Indians and the Urban Experience

Modern American Indian life is urban, rural, and everything in-between. Lobo and Peters have compiled an unprecedented collection of innovative scholarship, stunning art, poetry, and prose that documents American Indian experiences of urban life. A pervasive rural/urban dichotomy still shapes the popular and scholarly perceptions of Native Americans, but this is a false expression of a complex and constantly changing reality. When viewed from Native perspectives, concepts of urbanity and approaches to American Indian studies are necessarily transformed. Courses in Native American studies, ethnic studies, anthropology, and urban studies must be in step with contemporary Indian realities, and American Indians and the Urban Experience will be an absolutely essential text for instructors. This accessible combination of path-breaking scholarship and visual and literary arts -- from poetry and photography to rap and graffiti -- will be enjoyed by students, scholars, and a general audience

This rich selection of primary sources covers such important themes as: American Indians and the European Powers, American Indians and the US Government, Military Encounters: Conflicts, Rebellions and Alliances, Observation, Representation and Cultural Encounters, Indigenous Peoples of Mexico, First Nations of Canada, Missionaries and Education, Trade and Indian Economies, and the Civil Rights Movement. 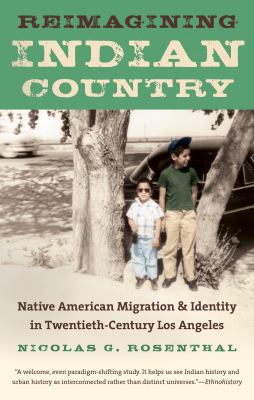 For decades, most American Indians have lived in cities, not on reservations or in rural areas. Still, scholars, policymakers, and popular culture often regard Indians first as reservation peoples, living apart from non-Native Americans. In this book, Nicolas Rosenthal reorients our understanding of the experience of American Indians by tracing their migration to cities, exploring the formation of urban Indian communities, and delving into the shifting relationships between reservations and urban areas from the early twentieth century to the present. With a focus on Los Angeles, which by 1970 had more Native American inhabitants than any place outside the Navajo reservation, Reimagining Indian Country shows how cities have played a defining role in modern American Indian life and examines the evolution of Native American identity in recent decades. Rosenthal emphasizes the lived experiences of Native migrants in realms including education, labor, health, housing, and social and political activism to understand how they adapted to an urban environment, and to consider how they formed--and continue to form--new identities. Though still connected to the places where indigenous peoples have preserved their culture, Rosenthal argues that Indian identity must be understood as dynamic and fully enmeshed in modern global networks.

Indigenous Peoples: North America provides users with a source that will enhance research and increase understanding of the historical experiences, cultural traditions and innovations, and political status of indigenous peoples in the United States and Canada. 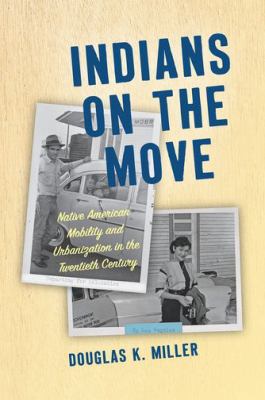 Indians on the Move: Native American mobility and urbanization in the twentieth century

In 1972, the Bureau of Indian Affairs terminated its twenty-year-old Voluntary Relocation Program, which encouraged the mass migration of roughly 100,000 Native American people from rural to urban areas. At the time the program ended, many groups--from government leaders to Red Power activists--had already classified it as a failure, and scholars have subsequently positioned the program as evidence of America's enduring settler-colonial project. But Douglas K. Miller here argues that a richer story should be told--one that recognizes Indigenous mobility in terms of its benefits and not merely its costs. In their collective refusal to accept marginality and destitution on reservations, Native Americans used the urban relocation program to take greater control of their socioeconomic circumstances. Indigenous migrants also used the financial, educational, and cultural resources they found in cities to feed new expressions of Indigenous sovereignty both off and on the reservation. The dynamic histories of everyday people at the heart of this book shed new light on the adaptability of mobile Native American communities. In the end, this is a story of shared experience across tribal lines, through which Indigenous people incorporated urban life into their ideas for Indigenous futures. 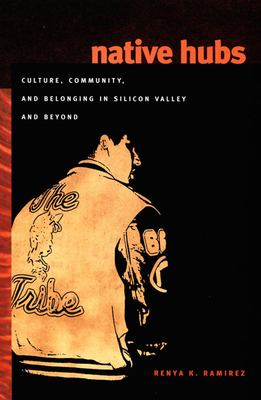 Native Hubs: culture, community, and belonging in Silicon Valley and beyond

Most Native Americans in the United States live in cities, where many find themselves caught in a bind, neither afforded the full rights granted U.S. citizens nor allowed full access to the tribal programs and resources--particularly health care services--provided to Native Americans living on reservations. A scholar and a member of the Winnebago Tribe of Nebraska, Renya K. Ramirez investigates how urban Native Americans negotiate what she argues is, in effect, a transnational existence. Through an ethnographic account of the Native American community in California's Silicon Valley and beyond, Ramirez explores the ways that urban Indians have pressed their tribes, local institutions, and the federal government to expand conventional notions of citizenship. Ramirez's ethnography revolves around the Paiute American activist Laverne Roberts's notion of the "hub," a space that allows for the creation of a sense of belonging away from a geographic center. 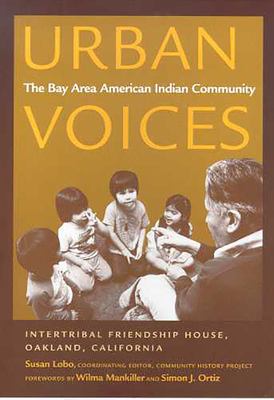 In the 1950s, Native people from all over the United States moved to the San Francisco Bay Area as part of the Bureau of Indian Affairs Relocation Program. Oakland was a major destination of this program, and once there, Indian people arriving from rural and reservation areas had to adjust to urban living. They did it by creating a cooperative, multi-tribal community--not a geographic community, but rather a network of people linked by shared experiences and understandings. The Intertribal Friendship House in Oakland became a sanctuary during times of upheaval in people's lives and the heart of a vibrant American Indian community. This album of essays, photographs, stories, and art chronicles some of the people and events that have played--and continue to play--a role in the lives of Native families in the Bay Area Indian community over the past seventy years. It offers insight into American Indian activism of the 1960s and '70s--including the occupation of Alcatraz--and shows how the Indian community continues to be created and re-created for future generations. 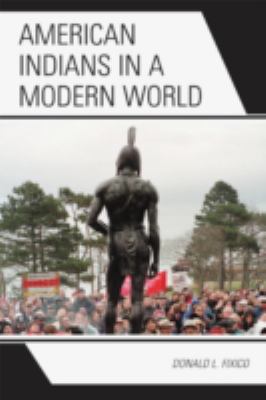 American Indians in a Modern World

American Indians in a Modern World examines the persistence of American Indian culture in a world of explicit antagonism and rapid modernization. Surveying the many facets of Indian life from tribal ceremonies to Indian humor and gaming tables, Donald L. Fixico shows how Indian nations have survived threats to their culture and their very existence by relying on a flexible mix of traditional and modern values, enabling them to adapt to a world of airplanes, cities, and the Internet. Fixico looks deeply at Indian culture in its inescapable confrontation with the modern world: the formation of tribal governments in the 1930s, the service of thousands of Indians in World War II, the development of activist movements, the evolution of Indian artistic traditions, and efforts to balance traditional and modern education. American Indians have survived and often thrived in a rapidly changing world, he observes, because of their cultural resilience.

News Articles about There There

In a Native American neighborhood in Los Angeles, Homer (Homer Nish) lives with his pregnant wife, Yvonne (Yvonne Williams), in a crowded apartment. While Homer goes drinking with his friend Tommy (Tom Reynolds), Yvonne is left at a movie by herself. As the men get progressively drunker, Yvonne realizes her husband is not coming home. Meanwhile, Homer and Tommy wander through the nighttime city, looking for fights, playing poker and discussing their problems as Native Americans.