This page outlines some of the print and digital map collections available from the University of Idaho Library.

What are Topo Maps? 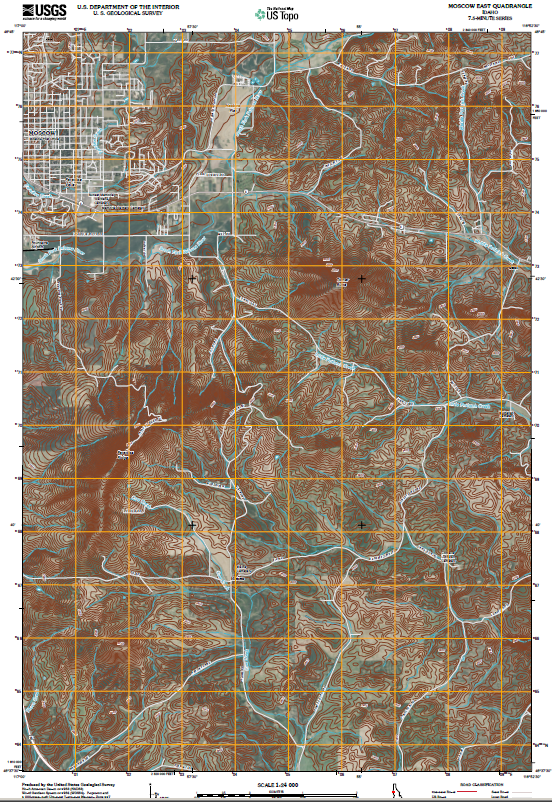 Topographic maps are based on topographical surveys and show both natural and man-made features. Contour lines are used to depict elevation while the legend and margins contain other useful information. These maps are often used by hikers to plan routes as they offer information about the terrain of an area.

(In December 2009, the United States Geological Service announced it would no longer produce print topographic maps. The University of Idaho Library will continue to provide access to all topographic maps currently in its possession.)

LOCATION: Topo maps are found in the middle map cabinets in the map room. They are arranged alphabetically by state.

NOTE: The Index to the quad names is located in the first drawer of each state. The index is a map of the state overlaid with the quad names so that user can determine which quad might cover the area of interest. Maps are arranged by name alphabetically in case drawers.

Currently, you can download Topo Maps free of charge by visiting The National Map website. The USGS is currently scanning all editions and scales of topo maps produced since the topo mapping program beginning in 1884. The total number of maps to be scanned is currently estimated at 200,000 although the exact number is not known at this time.