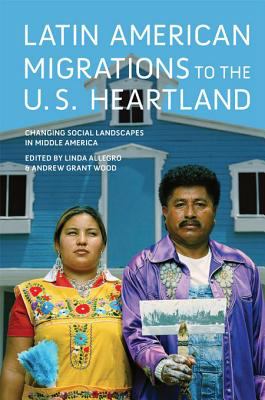 Latin American Migrations to the U. S. Heartland

Responding to inaccuracies concerning Latino immigrants in the United States as well as an anti-immigrant strain in the American psyche, this collection of essays examines the movement of the Latin American labour force to the central states of Oklahoma, Kansas, Nebraska, Arkansas, Missouri, and Iowa.

World Scholar: Latin America and the Caribbean provides a portal with access to reference, periodicals, multimedia, reports, studies, journals, newspapers, and statistical data. An archive of digitized primary documents focus on the history of Latin America and the Caribbean back to the early 1800s through the contemporary period sourced from collections in the U.S. and abroad. 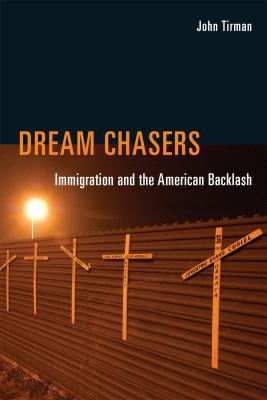 Illegal immigration continues to roil American politics. The right-wing media stir up panic over "anchor babies," job stealing, welfare dependence, bilingualism, al-Qaeda terrorists disguised as Latinos, even a conspiracy by Latinos to "retake" the Southwest. State and local governments have passed more than 300 laws that attempt to restrict undocumented immigrants' access to hospitals, schools, food stamps, and driver's licenses. Federal immigration authorities stage factory raids that result in arrests, deportations, and broken families -- and leave owners scrambling to fill suddenly open jobs. The DREAM Act, which would grant permanent residency to high school graduates brought here as minors, is described as "amnesty." And yet polls show that a majority of Americans support some kind of path to citizenship for those here illegally. What is going on? In this book, John Tirman shows how the resistance to immigration in America is more cultural than political. Although cloaked in language about jobs and secure borders, the cultural resistance to immigration expresses a fear that immigrants are changing the dominant white, Protestant, "real American" culture.Tirman describes the "raid mentality" of our response to immigration, which seeks violent solutions for a social phenomenon. He considers the culture clash over Chicano ethnic studies in Tucson, examines the consequences of an immigration raid in New Bedford, and explores the civil rights activism of young "Dreamers." The current "round them up, deport them, militarize the border" approach, Tirman shows, solves nothing.

Contemporary Women's Issues is a multidisciplinary, full-text database that brings together content from mainstream periodicals, "gray" literature, and the alternative press, with a focus on the critical issues and events that influence women's lives in more than 190 countries. Includes English-language titles from East and West Africa, Asia, and South and Central America, the Caribbean, North America and Europe, as well as often overlooked and hard-to-find newsletters and NGO research reports, plus ephemeral literature from leading research institutes and grass roots organizations that is rarely indexed or cataloged. 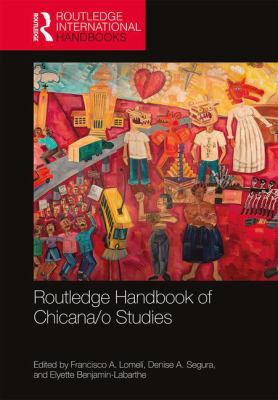 The Routledge Handbook of Chicana/o Studies is a unique interdisciplinary resource for students, libraries, and researchers interested in the largest and most rapidly growing racial-ethnic community in the United States and elsewhere which can either be identified as Chicano, Latino, Hispanic, or Mexican-American. Structured around seven comprehensive themes, the volume is for students of American studies, the Social Sciences, and the Humanities. The volume is organized around seven critical domains in Chicana/o Studies: Chicana/o History and Social Movements; Borderlands, Global Migrations, Employment, and Citizenship; Cultural Production in Global and Local Settings; Chicana/o Identities; Schooling, Language, and Literacy; Violence, Resistance, and Empowerment; International Perspectives. The Handbook will stress the importance of the historical origins of the Chicana/o Studies field. Starting from myth of origins, Aztlan, alleged cradle of the Chicana/o people lately substantiated by the findings of archaeology and anthropology, over Spanish/Indigenous relations until the present time. Essays will explore cultural and linguistic hybridism and showcase artistic practices (visual arts, music, and dance) or through popular (folklore) or high culture achievements (museums, installations) highlighting the growth of a critical perspective grounded on key theoretical formulations including borderlands theories, intersectionalities, critical race theory, and cultural analysis.

U.S. History In Context is an engaging online experience for those seeking contextual information on hundreds of the most significant people, events and topics in U.S. History.The comprehensive, contextual, media-rich collection empowers learners to develop information literacy and critical thinking skills. Topics range from the arrival of Vikings in North America all to the way to the first stirrings of the American Revolution and on through the Civil Rights movement, 9/11, and the War on Terror.
Content includes reference works, millions of news and periodical articles, and more than 5,000 rare and vital primary source documents that range from slave journals to presidential papers. U.S. History In Context is cross-searchable with World History In Context. 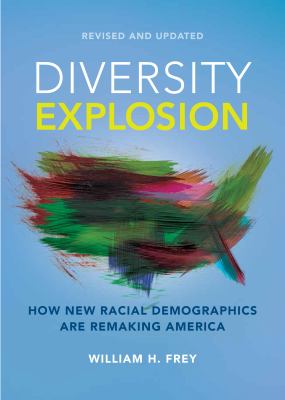 Greater racial diversity is good news for America's future Race is once again a contentious topic in America, as shown by the divisive rise of Donald Trump and the activism of groups like Black Lives Matter. YetDiversity Explosionargues that the current period of profound racial change will lead to a less-divided nation than today's older whites or younger minorities fear. Prominent demographer William Frey sees America's emerging diversity boom as good news for a country that would otherwise face declining growth and rapid aging for many years to come. In the new edition of this popular Brookings Press offering, Frey draws from the lessons of the 2016 presidential election and new statistics to paint an illuminating picture of where America's racial demography is headed-and what that means for the nation's future. Using the U.S. Census, national surveys, and related sources, Frey tells how the rapidly growing "new minorities"-Hispanics, Asians, and multiracial Americans-along with blacks and other groups, are transforming and reinvigorating the nation's demographic landscape. He discusses their impact on generational change, regional shifts of major racial groups, neighborhood segregation, interracial marriage, and presidential politics. Diversity Explosionis an accessible, richly illustrated overview of how unprecedented racial change is remaking the United States once again. It is an essential guide for political strategists, marketers, investors, educators, policymakers, and anyone who wants to understand the magnitude, potential, and promise of the new national melting pot in the twenty-first century.

The New York Times articles may be behind a paywall. The University of Idaho Library provides access to the New York Times. To access the articles, follow instructions on the UI NYT Access guide

Other Works that Speak about The Book of Unknown Americans