Global History of Architecture I

How Do I Create An Annotated Bibliography?

Annotated bibliographies help you the researcher keep track of your citations and their importance in your research, and help you identify areas where you need more information or supporting data. They serve as a 'work in progress' and should inform the direction your paper takes. Use the links below for guidelines about how to create and format a good annotated bibliography.

Cornell University Library's "How to Prepare An Annotated Bibliography"

Below is an example of an MLA citation within an annotated bibliography, taken from Cornell University Library's "How to Prepare An Annotated Bibliography". Remember to double check that your formatting is correct; for example, the below annotation should be double spaced but is condensed for web formatting.

The authors, researchers at the Rand Corporation and Brown University, use data from the National Longitudinal Surveys of Young Women and Young Men to test their hypothesis that nonfamily living by young adults alters their attitudes, values, plans, and expectations, moving them away from their belief in traditional sex roles. They find their hypothesis strongly supported in young females, while the effects were fewer in studies of young males. Increasing the time away from parents before marrying increased individualism, self-sufficiency, and changes in attitudes about families. In contrast, an earlier study by Williams cited below shows no significant gender differences in sex role attitudes as a result of nonfamily living. 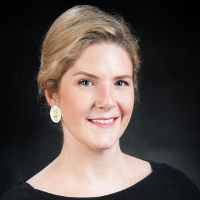