The Graduate & Professional Student Association will have a reading
on Wednesday, March 28th at 12pm on the first floor of the University of Idaho Library. This reading will focus on the subject of SOCIAL JUSTICE and World Literature. 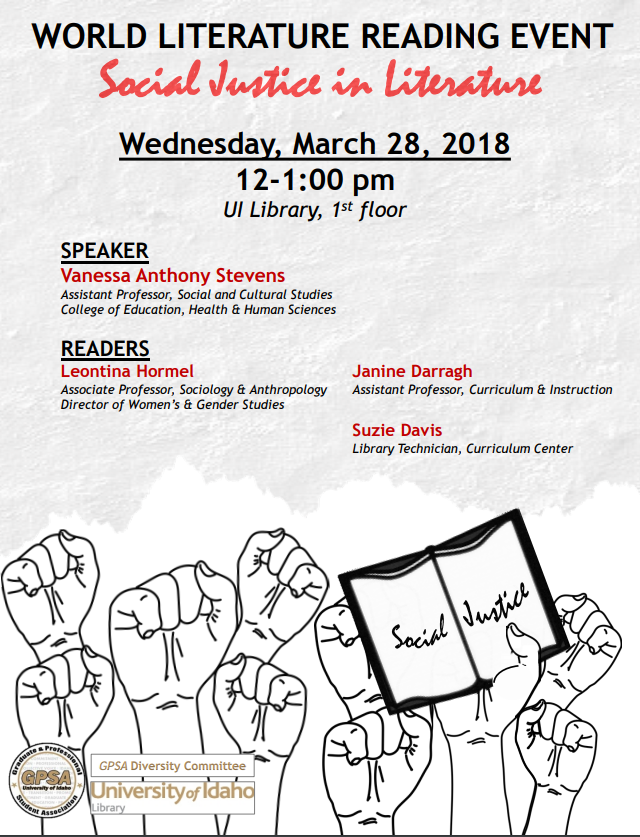 For more information about these readings or the GPSA Diversity Committee, please contact Farjahan Shawon.

For more information about the Graduate & Professional Student Association at the University of Idaho, please visit their website: https://www.uidaho.edu/cogs/student-resources/gpsa